Sexual Violence Impacts Sexual and Ethnic Minority Women The Most: What Can We Do?

Trauma and the 12 Steps

It Won't Happen To Me: Optimistic Bias About School Violence

We are fortunate to be going through this pandemic in the age of electronic communication that provides us with information, connection, productivity and entertainment. We are equally fortunate that we have decades of psychological research to guide us in getting through an experience of isolation in a way that will stave off depression and anxiety while helping us grow and thrive. As a mental health professional, I would like to share some tips about how to be physically iso 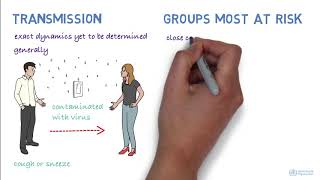 Coronavirus (COVID-19): Fact finding, preventing stigma, coping, and talking to your kids about it.

According to the Center for Disease Control (CDC), COVID-19, often referred to as the coronavirus, is a respiratory illness that can spread from person to person. The virus that causes COVID-19 is a novel coronavirus that was first identified during an investigation into an outbreak in Wuhan, China. Symptoms of COVID-19 include mild to severe respiratory illness with symptoms of fever, cough, and shortness of breath. The virus is thought to spread mainly between people who ar

In the 21st century, dissociative identity disorder is one of the most controversial DSM-V diagnosis, especially in comparison to diagnoses like anxiety, depression, schizophrenia, even somatic and sleep disorders. When I worked on my Masters’ degree at Edinboro University and internship at St. Vincent Hospital, it was the end of the 20th century. My abnormal psychology professor lectured on the dissociative disorders, claiming that if we drew a line down the medical and psyc